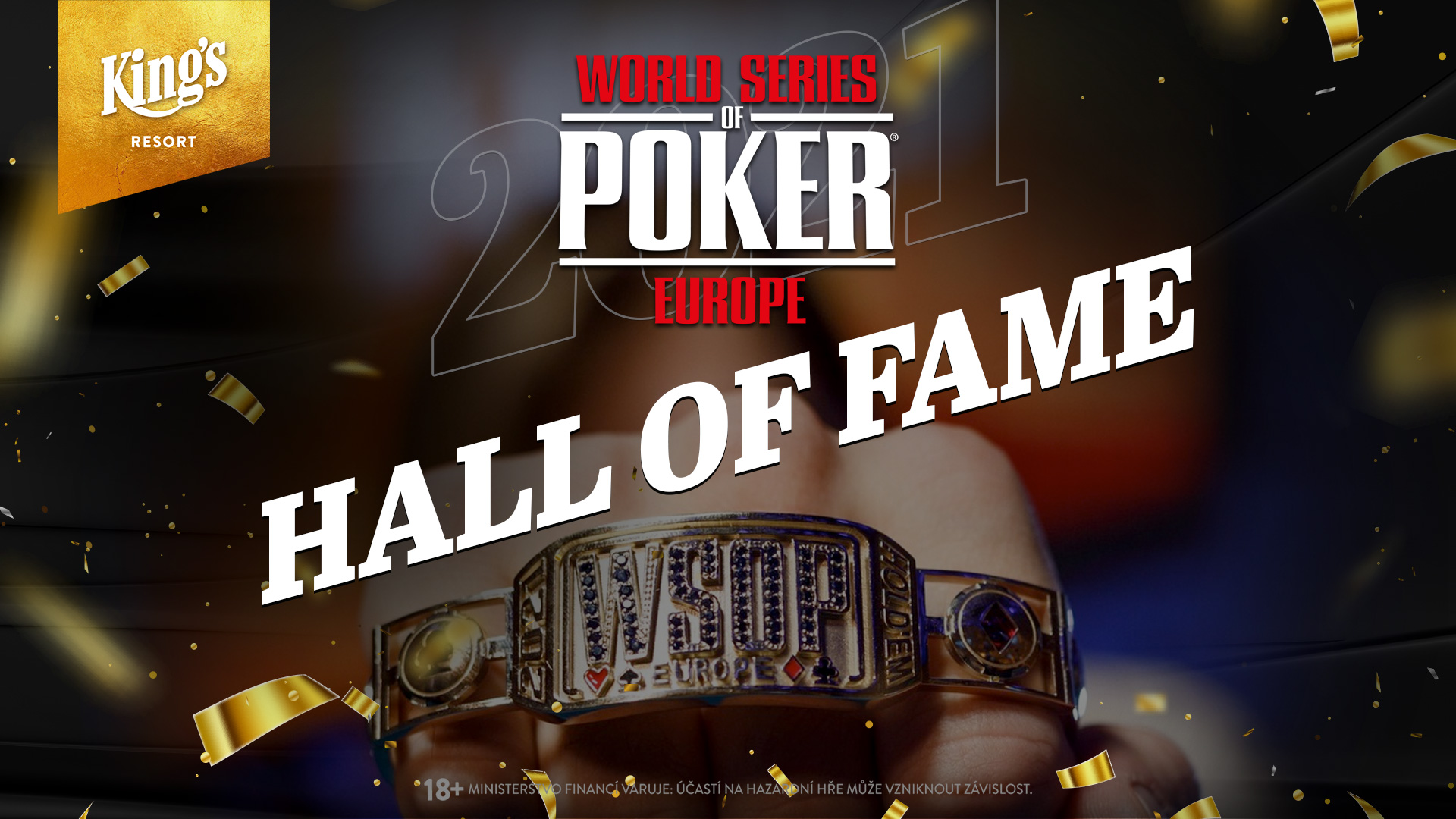 This year’s World Series of Poker took place November 19 – December 8 and was a truly special one with a new record entry with 688 entries for the €10,350 WSOPE Main Event. 15 WSOP Gold Bracelets were awarded, more than €17 Million in prize money were paid out. 2,722 players came from 68 countries to take part in Europe’s biggest annual poker festival.

15 WSOP bracelets are the trophies for 15 outstanding poker players. We want to honor all of them for their achievement and their spot in poker history.

Read on to learn more about the 15 glorious winners and how they got to their bracelets! 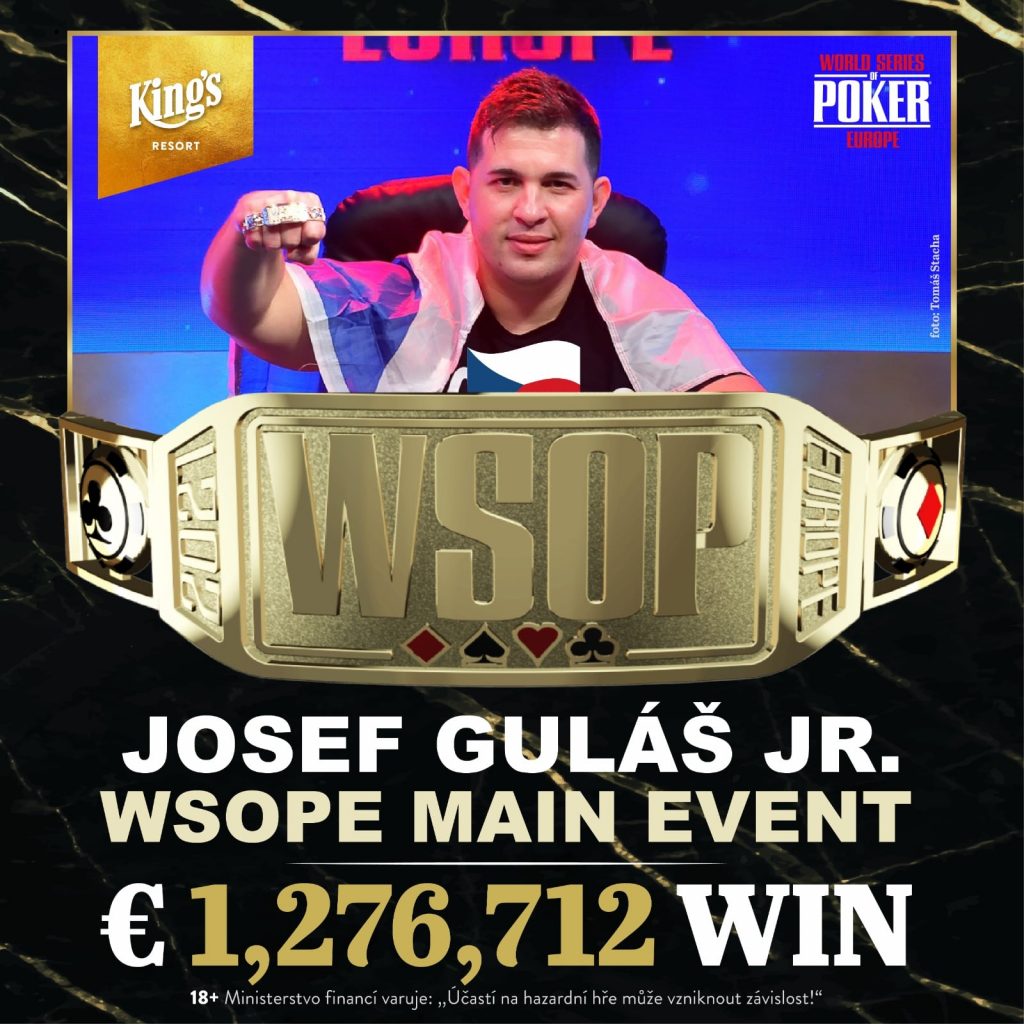 Josef Gulas Jr., a 24 years old cars salesman from the Czech Republic, started as the chip leader on the final day of the 2021 WSOP Europe Main Event and eventually won the Main Event and with it a coveted WSOP Gold Bracelet and € 1,276,712.

He won a €10,350 WSOPE Main Event ticket by playing a €250 buy-in tournament at King’s, which lead him to the Main Event and the ultimate victory of his poker career.

and the river decided the match with 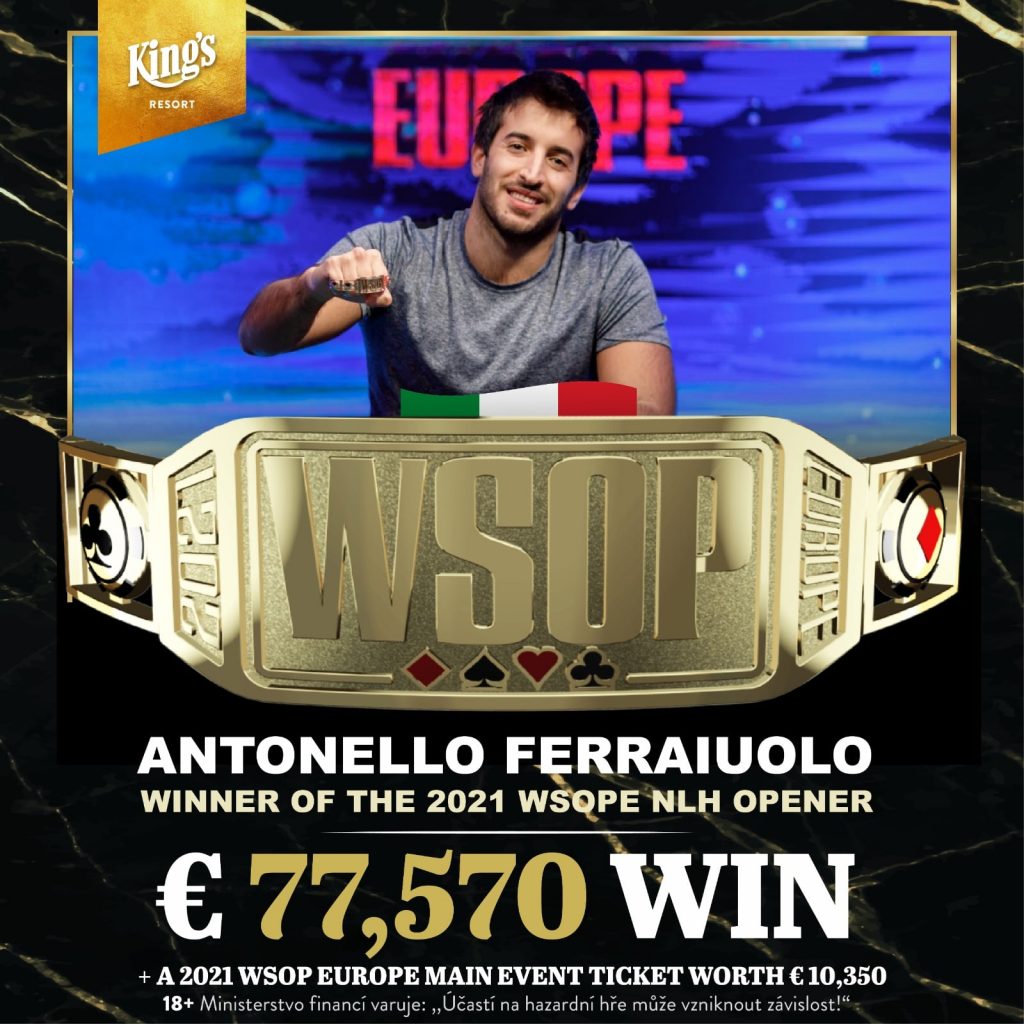 27 years old Italian business man Antonello Ferraiuolo won the first Bracelet of the 2021 WSOPE and with it €77,570 plus a €10,350 2021 WSOPE Main Event Ticket. He’s also the first Italian after Max Pescatori winning a bracelet in a live tournament in 2015. It’s his biggest win in his poker career.

He defeated German Levent Efe with pocket aces in the final hand. He limped with

followed with a check with

, giving Efe a lot more outs, but the river was

and Ferraiuolo took it down. 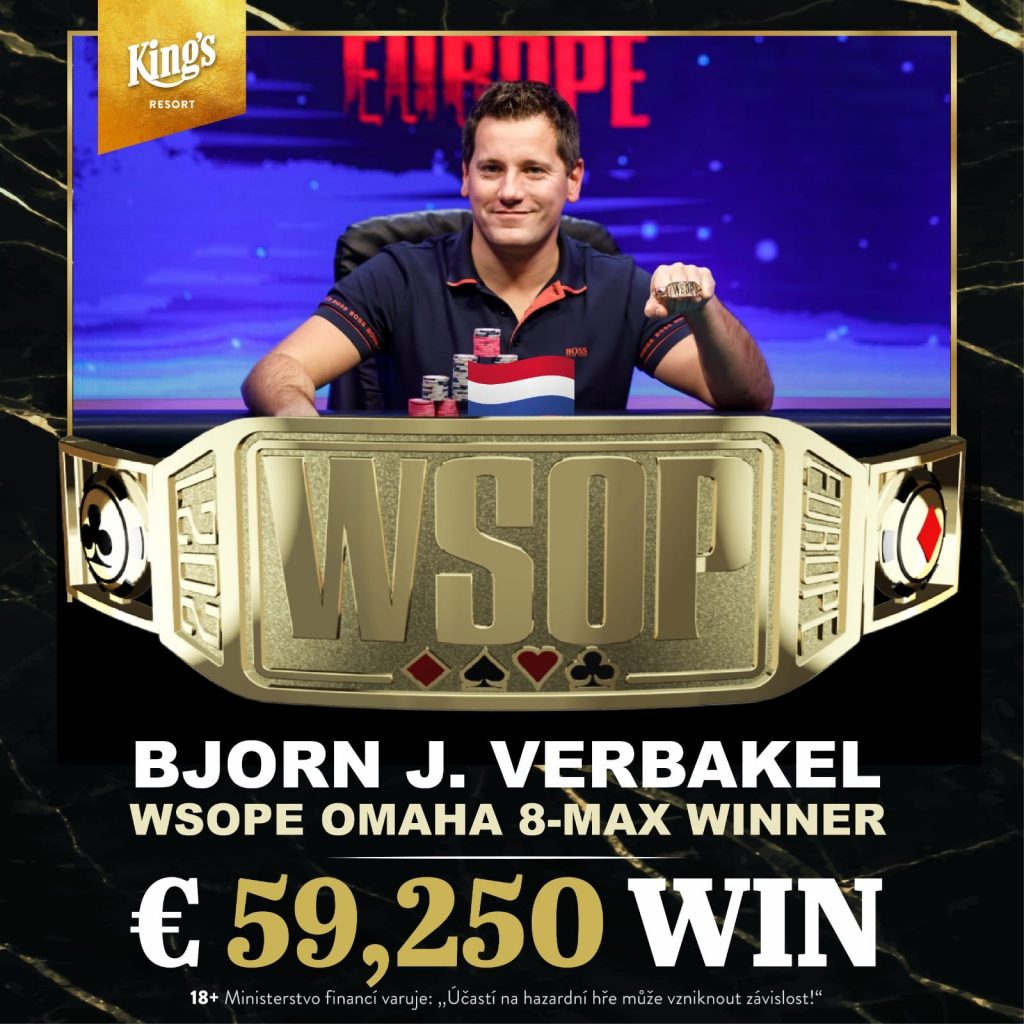 In heads-up he fought against professional poker player Feng Zhao from Singapore. Verbakel opened with the hand

, giving Feng only 4 outs and the river secured Verbankel’s win with an 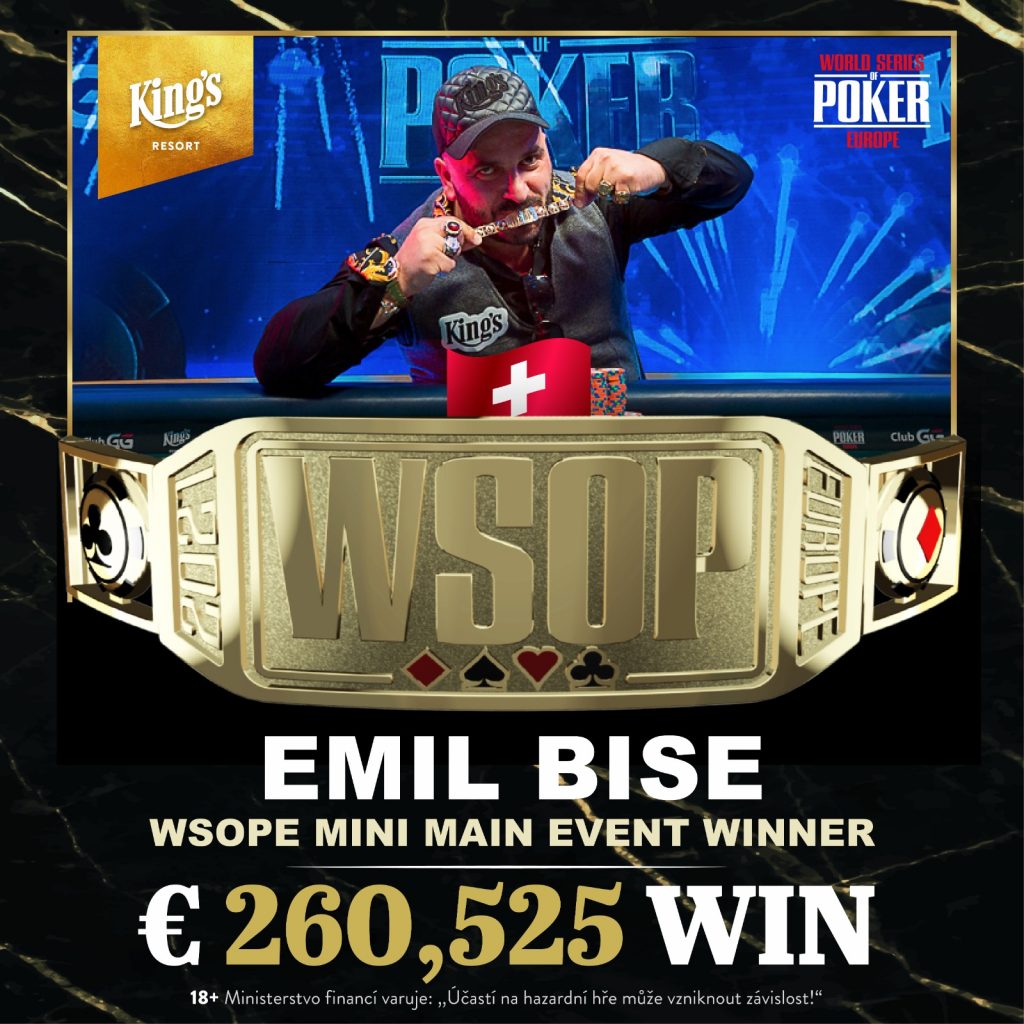 Swiss poker player Emil Bise won the Mini Main Event Bracelet and €260,000 with it. The King’s regular totals live tournament earnings of $696,300 and we have a feeling we will see a lot more from him in the near future.

The last two hands in heads-up against Marius-Alexandru Gicovanu decided the match. First Gicovanu went all-in with pocket fives and 88.7m chips against A4o (with 46.6m chips), where Bise hit an Ace at the river.
Then, Emil Bise, now chip leader, went all-in with 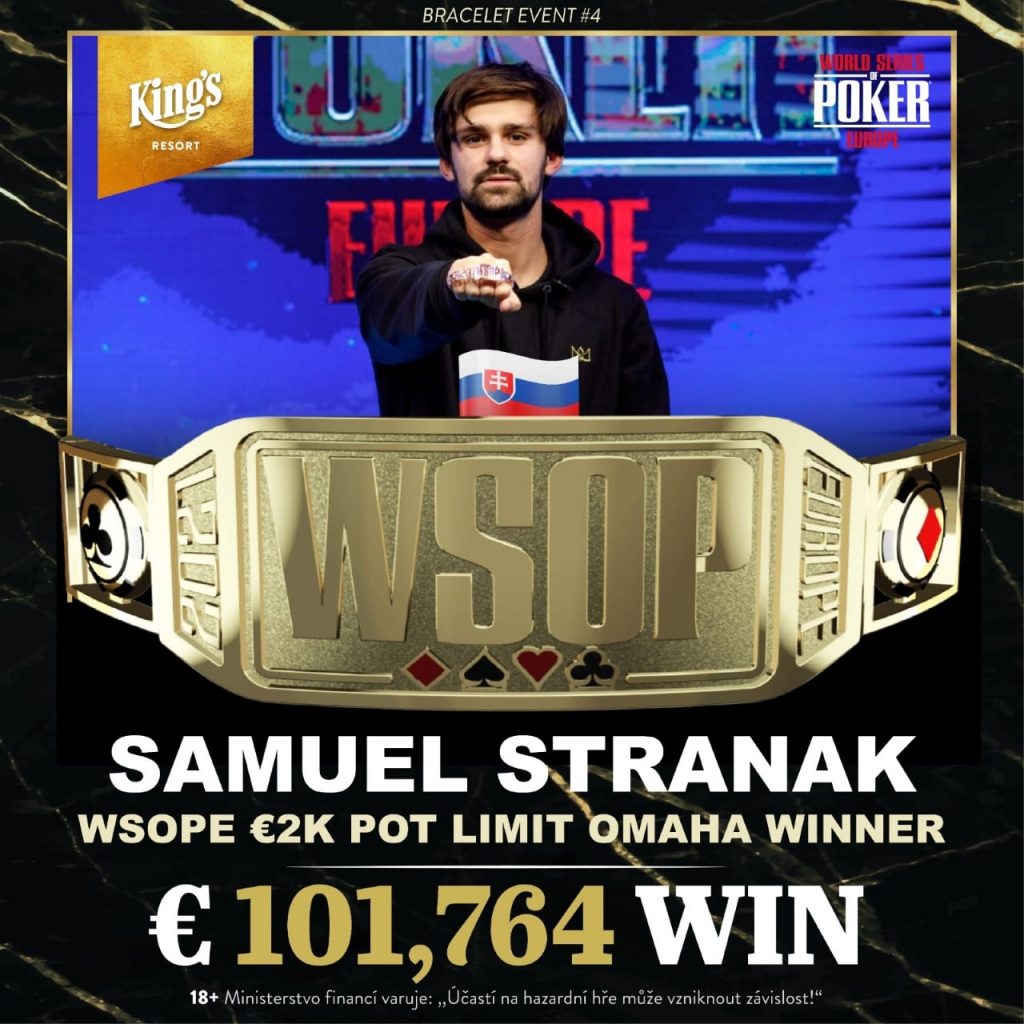 Slovak Samuel Stranak dominated the final table and won his first WSOP Gold Bracelet and €101,764 prize money. It was by far his biggest win in his, so far, very short poker career.
He played heads-up with Slovak Sabo. In the last hand Stranak called with

and Sabo raised with

and got reraised pot by Stranak. They ended up raising to an all-in for Sabo. Flop came 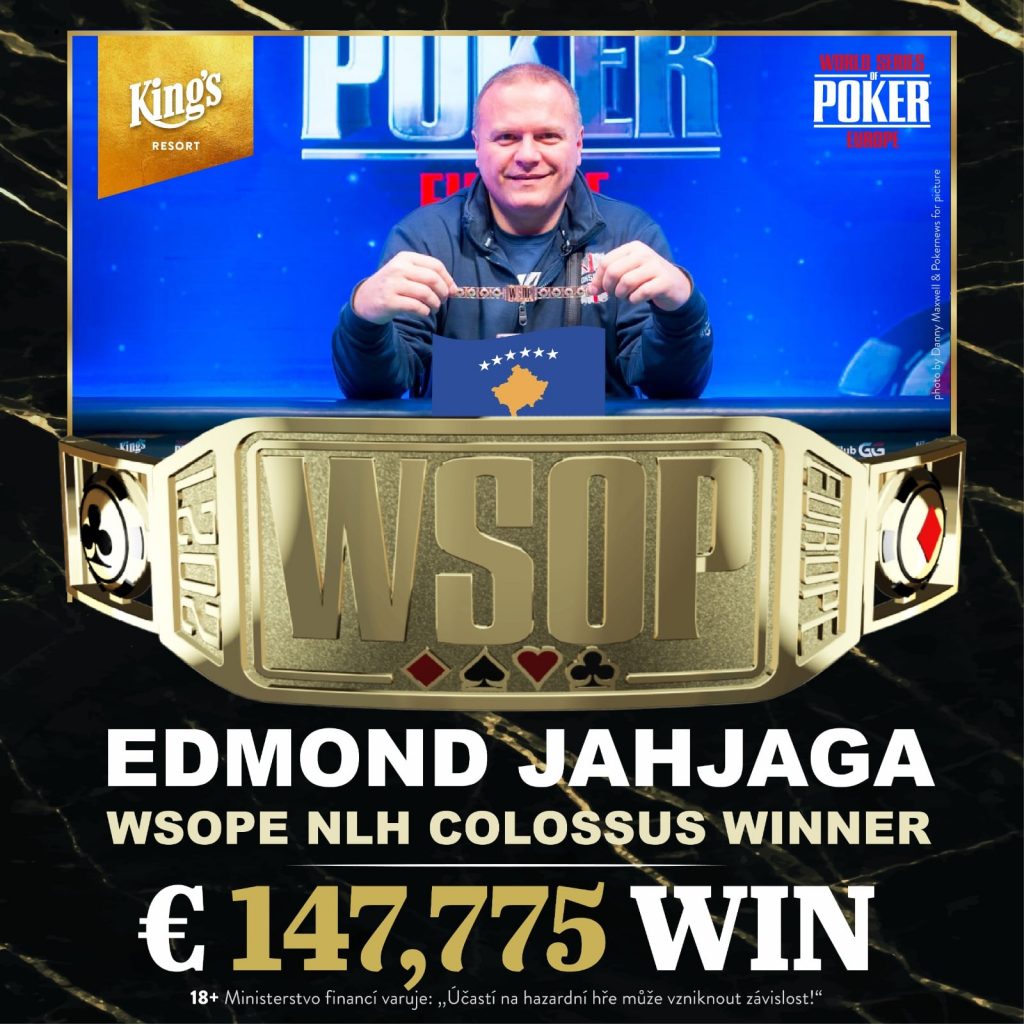 Edmond Jahjaga from Kosovo is a newcomer when it comes to poker, but he played with a lot of confidence and dominated the final table with eliminating one player after another.

The final hand he shoved with

from the big blind after a raise from the opponent Riadh Farhat. Farhat called with 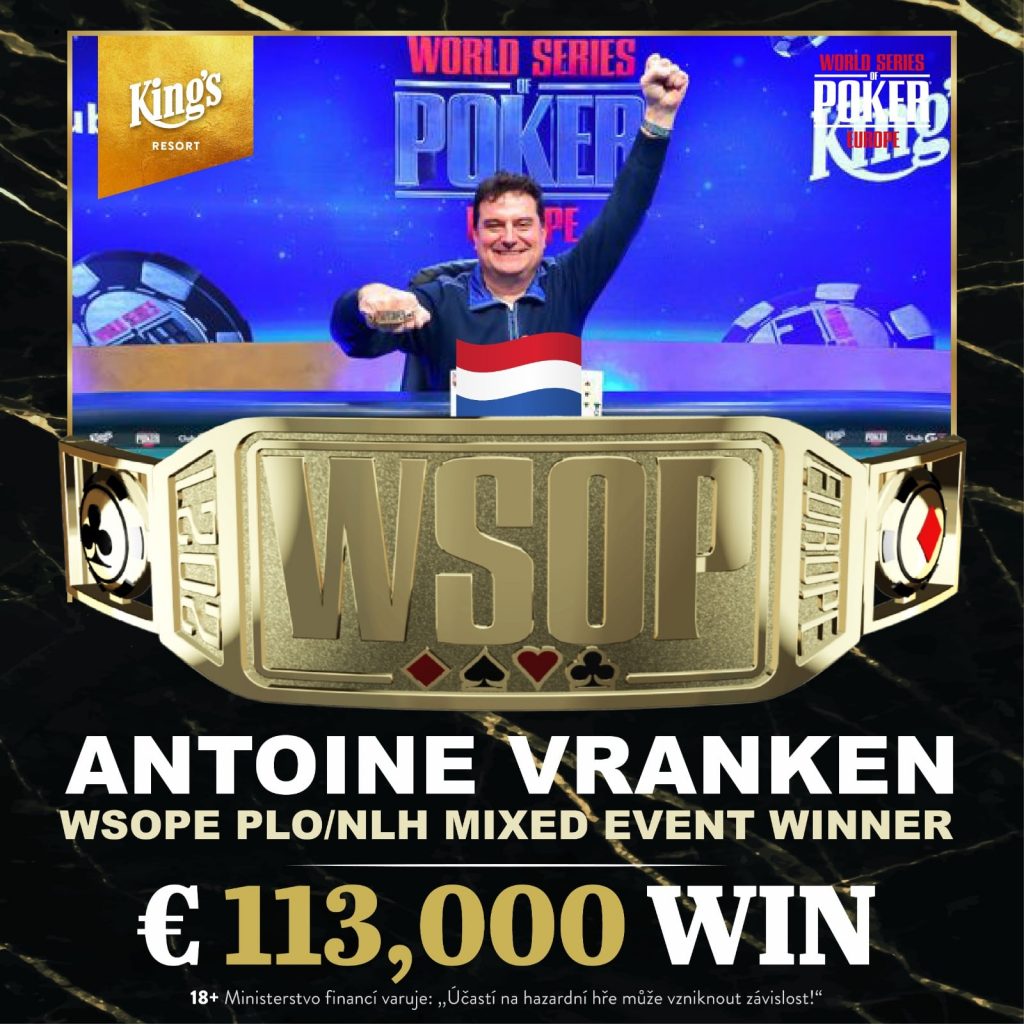 The Dutch poker player Antoine Vranken ($587,018 in total live earnings) took it down and won his first WSOP Gold Bracelet and €113,000, overcoming 339 entries.

Antoine Vranken raised on the button with

and Moncef Karoui re-raised him with

. Vranken went all in and Karoui called.

which gave Vranken a full house. The

on the turn and

on the river fortified Vranken’s victory. 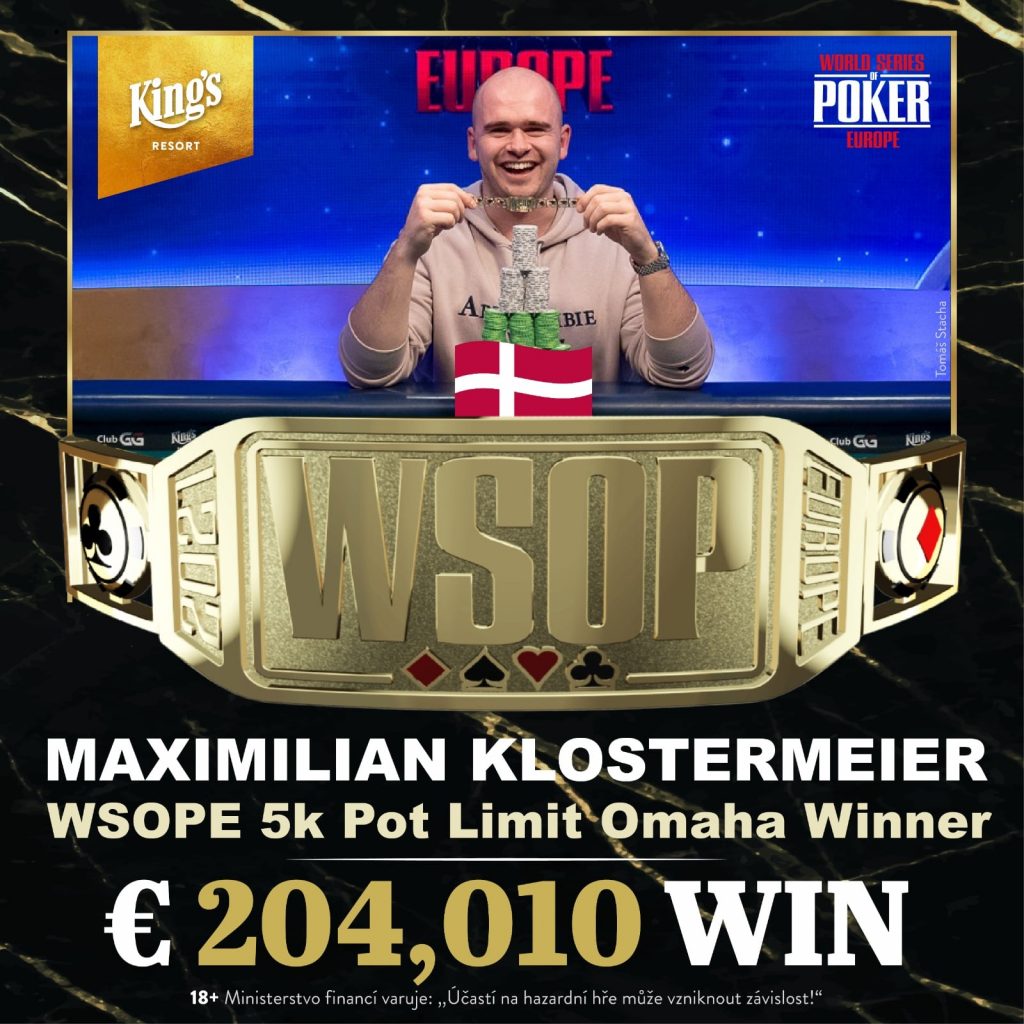 German poker pro Maximilian Klostermeier (living in Denmark) won his second WSOP Gold bracelet and €204,010 price money. He dominated the final table, eliminating one after another player. It was his biggest win so far. He started with his first cash at a live tournament in January 2019 at King’s Rozvadov at the partypoker Grand Prix Germany and then won his first bracelet later this year at the 2019 World Series of Poker in Las Vegas. His total live earnings exceed $400,000.

and Klostermeister secured his second Bracelet and €204,010. 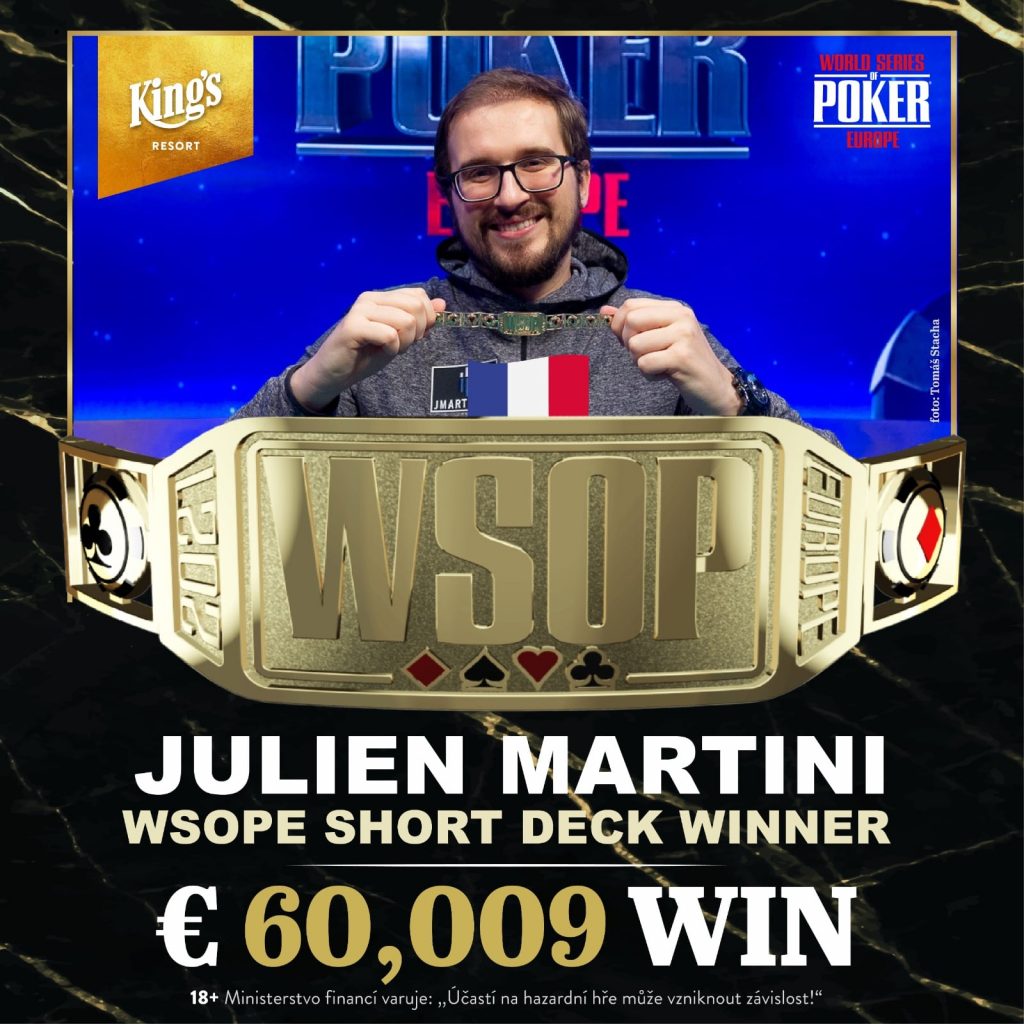 all-in, where the better kicker decided the match. 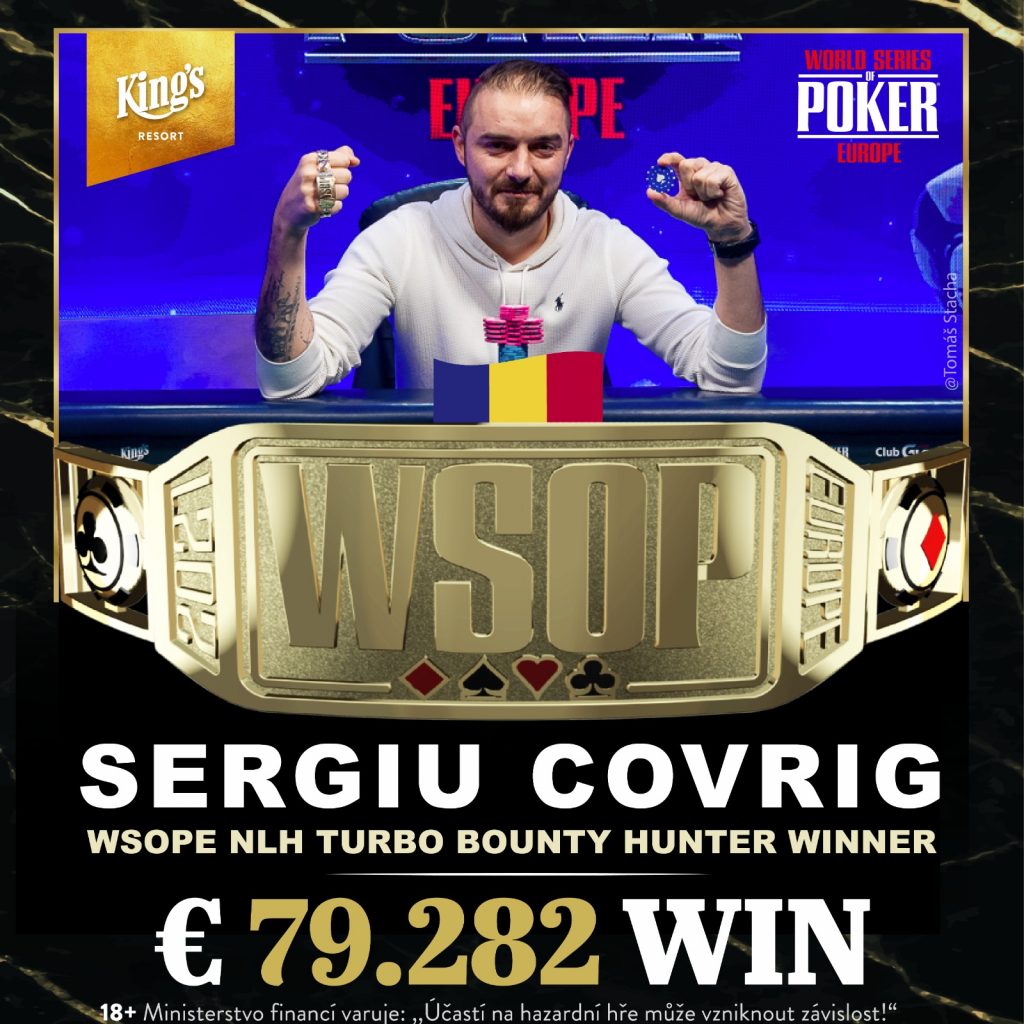 He defeated German Michael Strauch in the heads-up where he beat with 97s an Ace of Strauch. 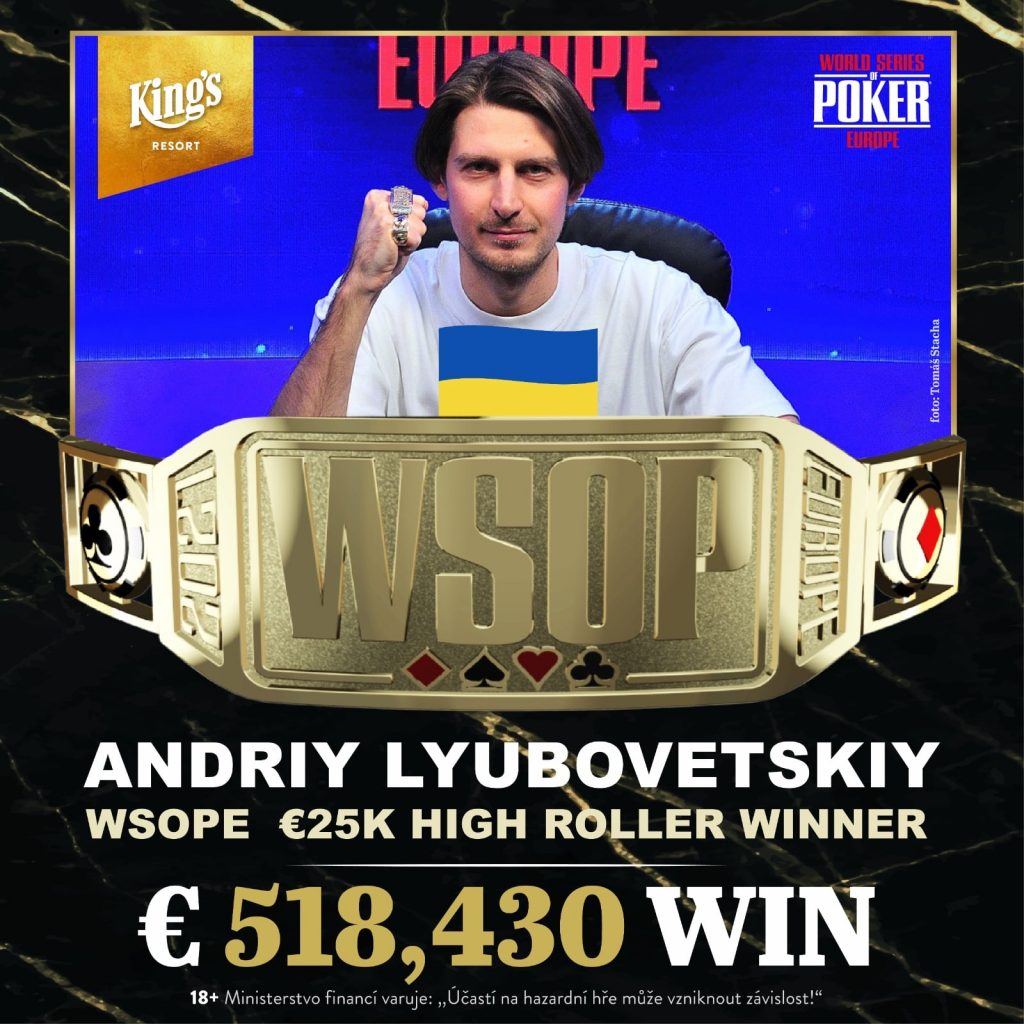 Ukranian Andriy Lyubovetskiy denied in Joni Joukhimainen’s second heads-up of the WSOP Europe a WSOP bracelet. Lyubovetskiy took home his first WSOP Gold bracelet and €518,430, by far his biggest cash of his career. His total live earnings are $810,369.

After a tough 1-hour heads-up with lots of swings, Lyubovetskiy beat Jouhkimainen. Jouhkimainen went all-in as the short stack with 4,650,000 chips left (Lyubovetskiy 26.1 Mio) with 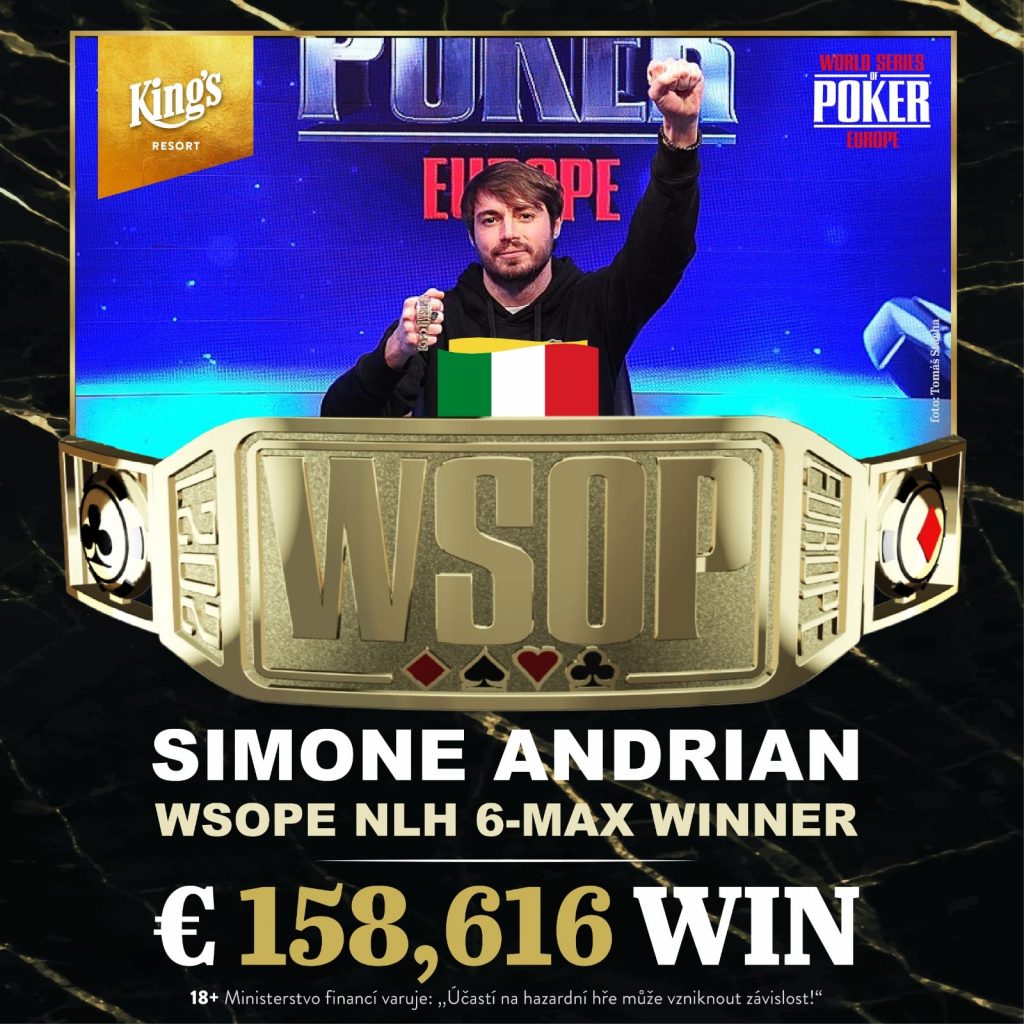 In the last hand, Andrian raised from the button with

and got snap called. Flop came 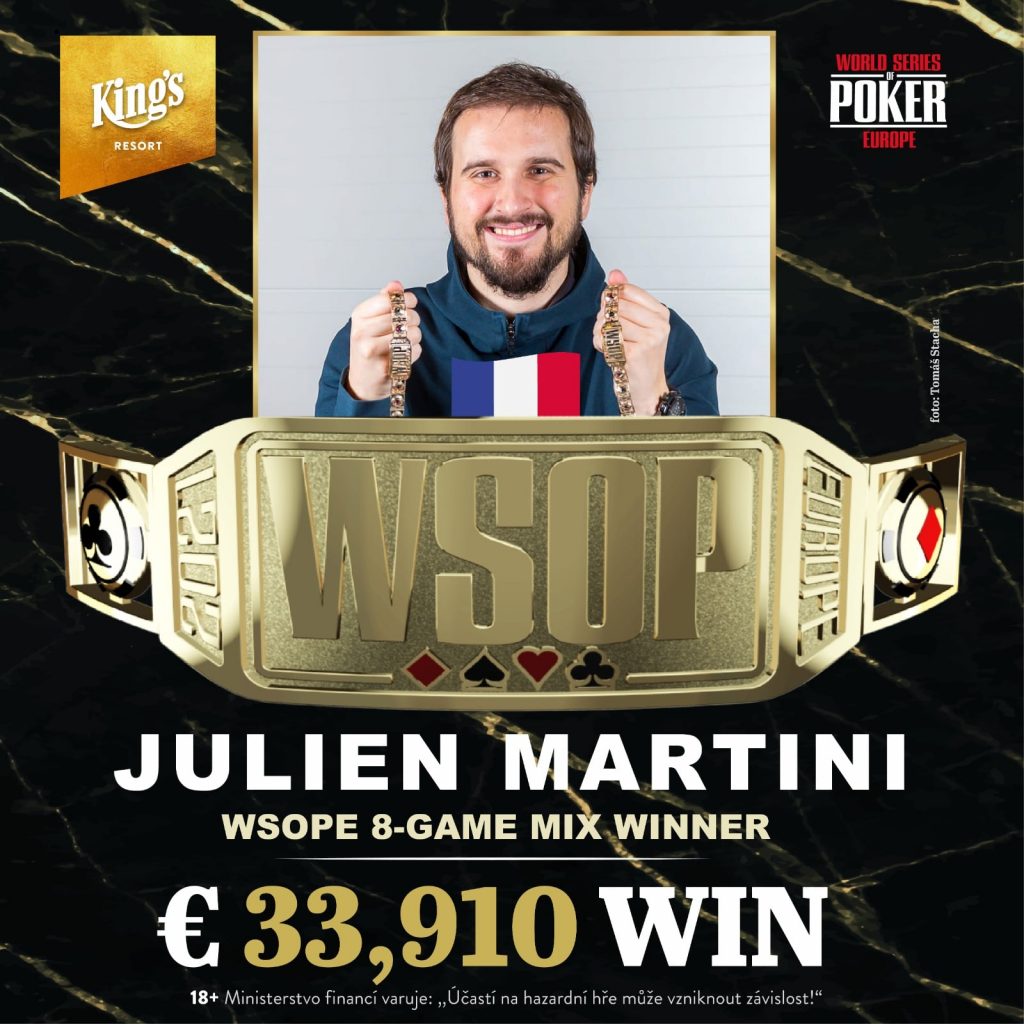 Julian Martini from France did it again and got his second bracelet during the 2021 World Series of Poker Europe and €33,910 in prize money.

. The board decided with 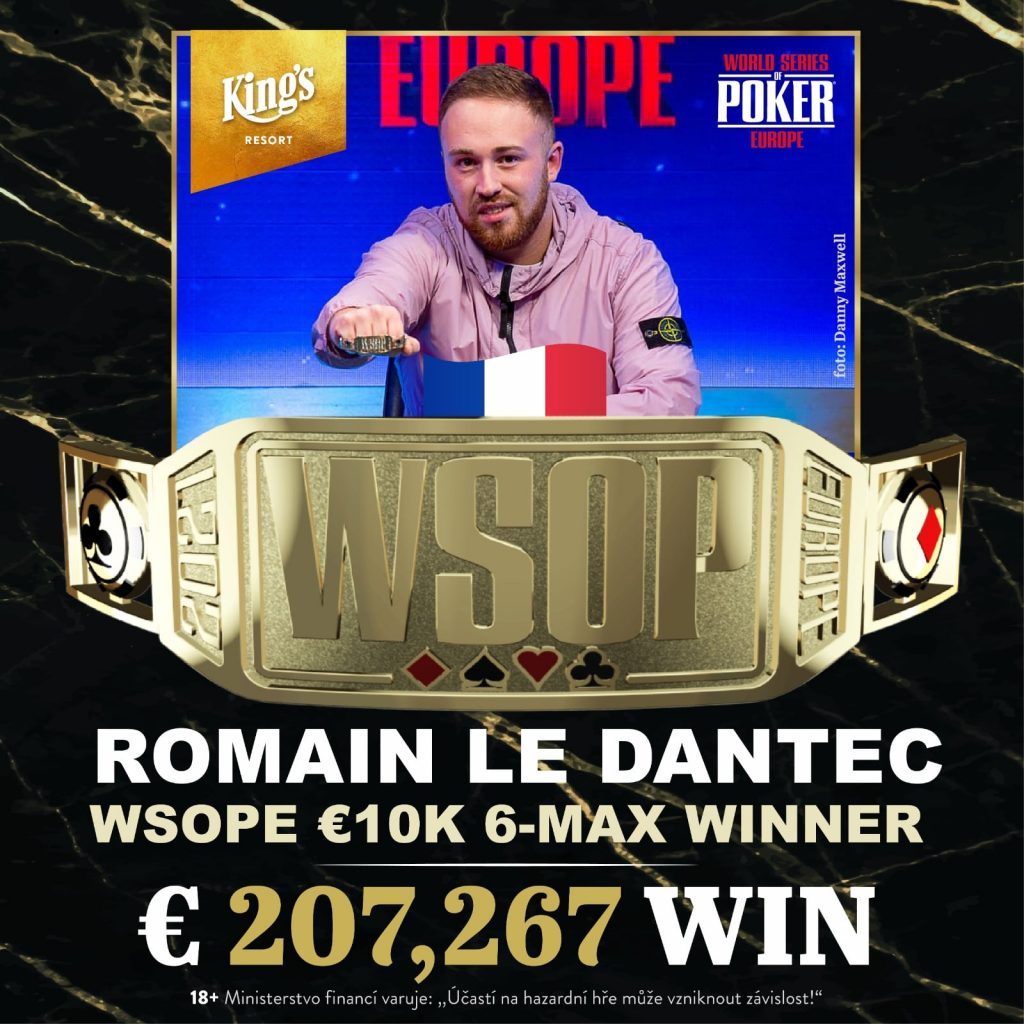 French poker player Romain Le Dantec earned his first bracelet and €207,267 in prize money at the €10K NLH 6-max event and defeated on his way many poker pros.

. Le Dantec called from the button and Franco checked. The flop was

, giving Franco a flush draw. Both checked. Turn was 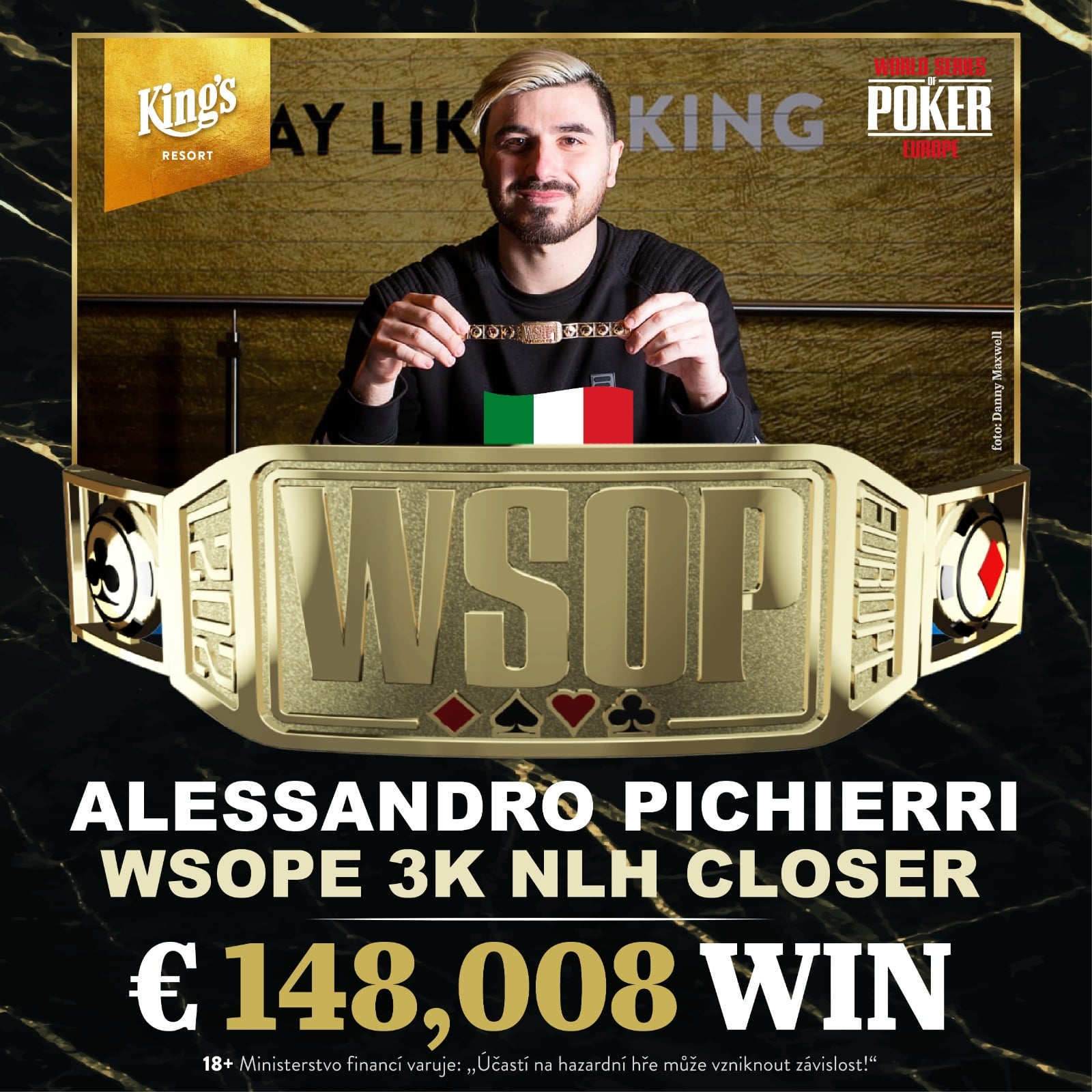 and got called with

manifesting the victory of Alessandro Pichierri. 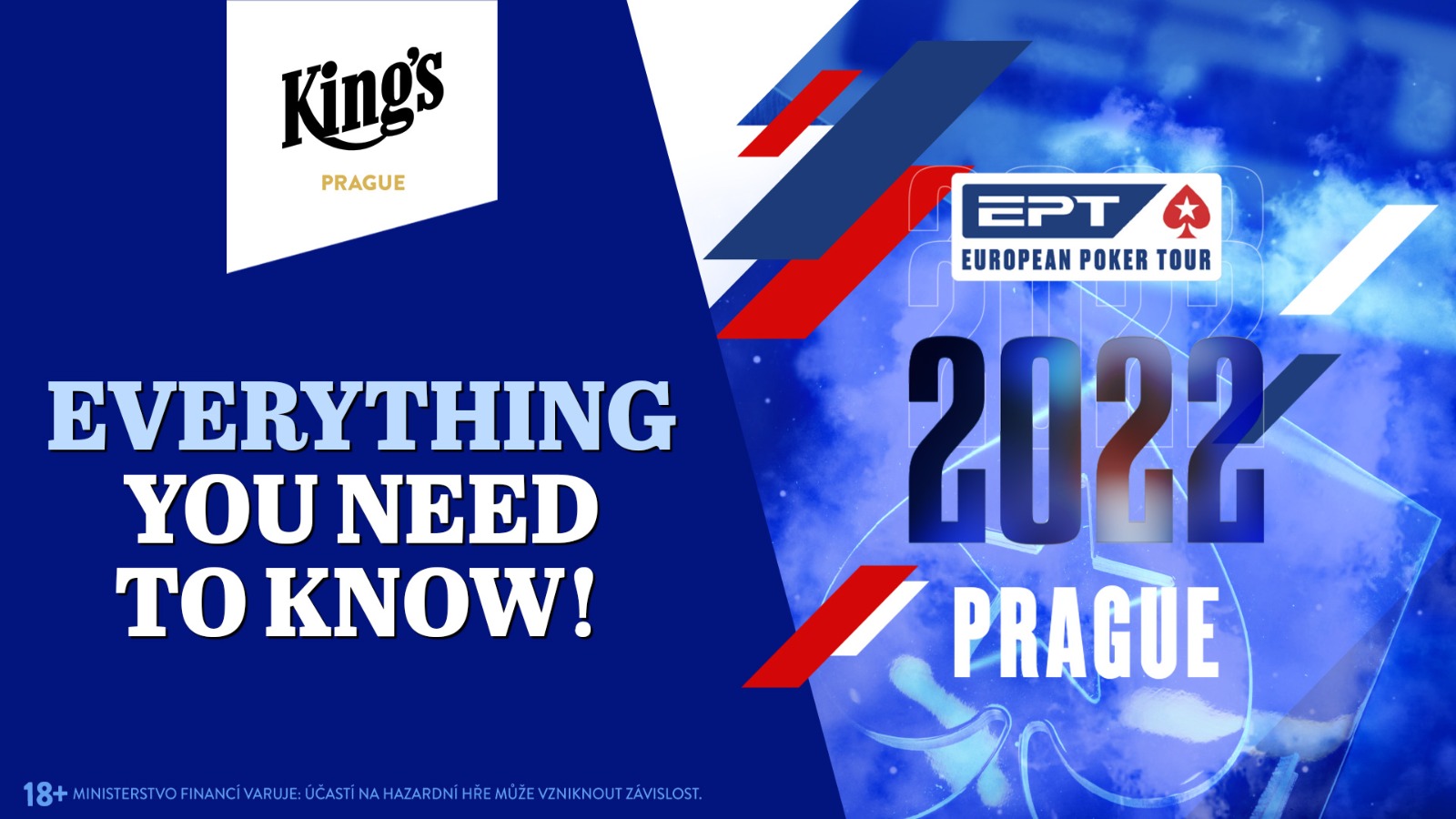 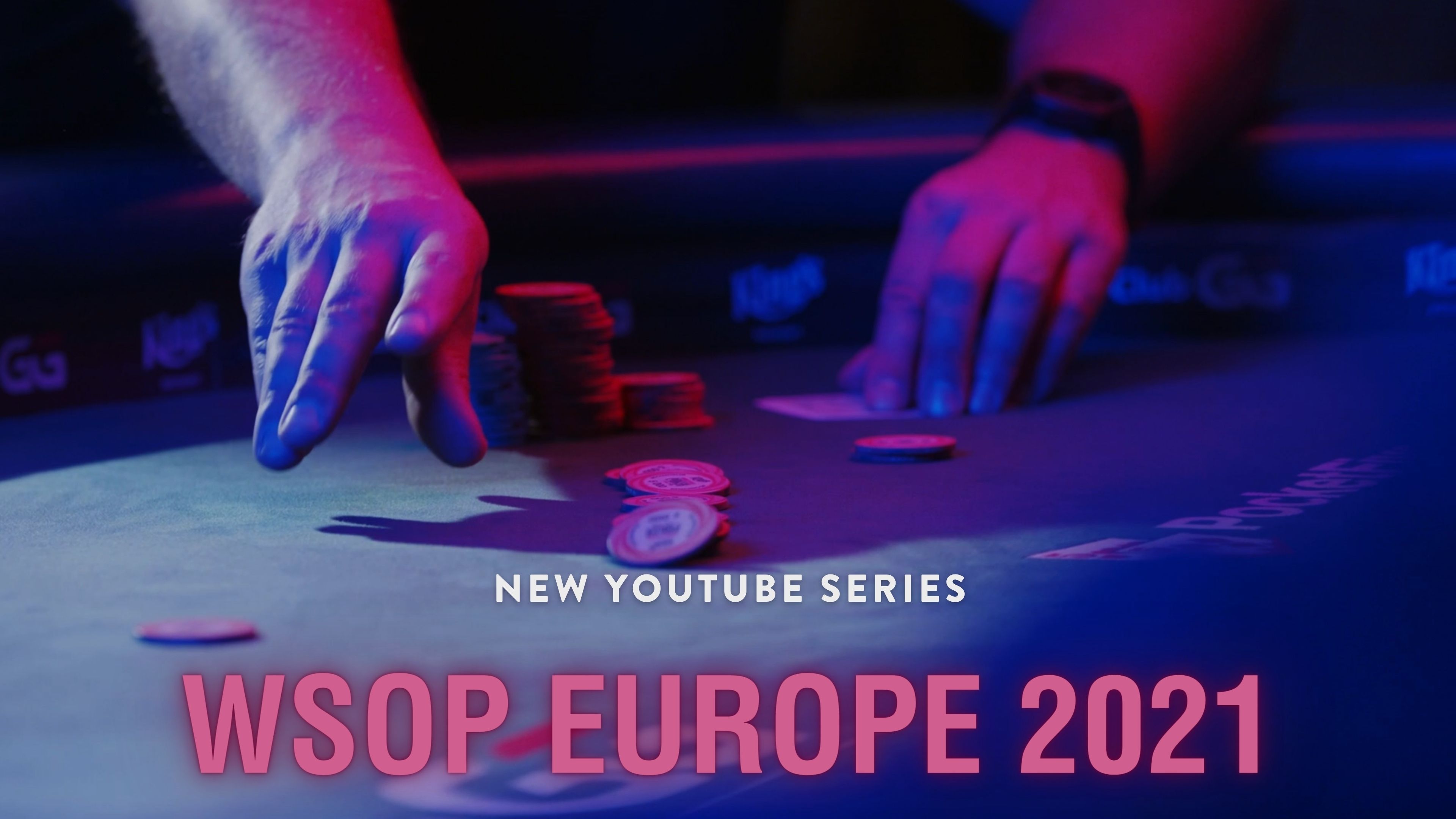 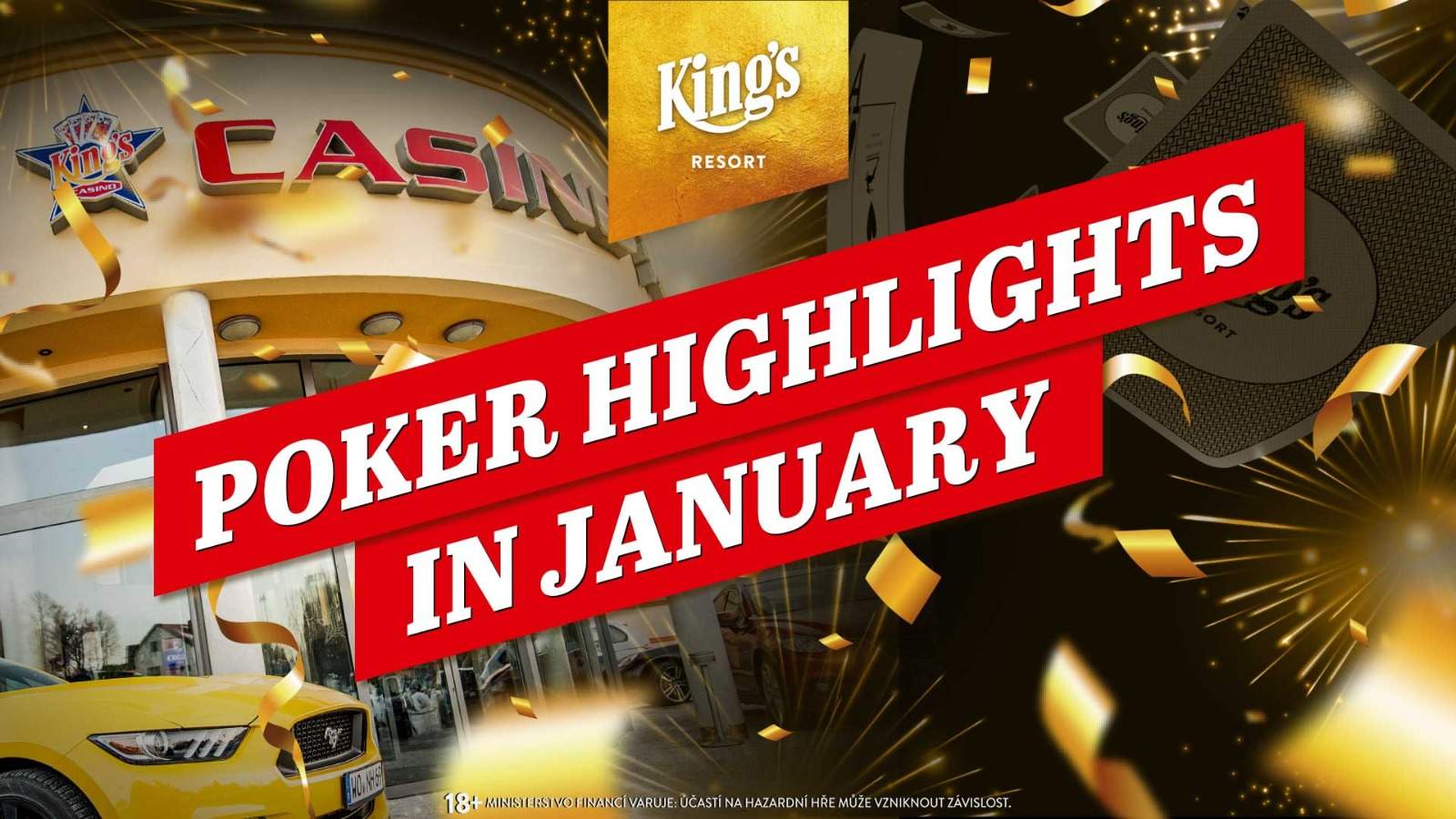 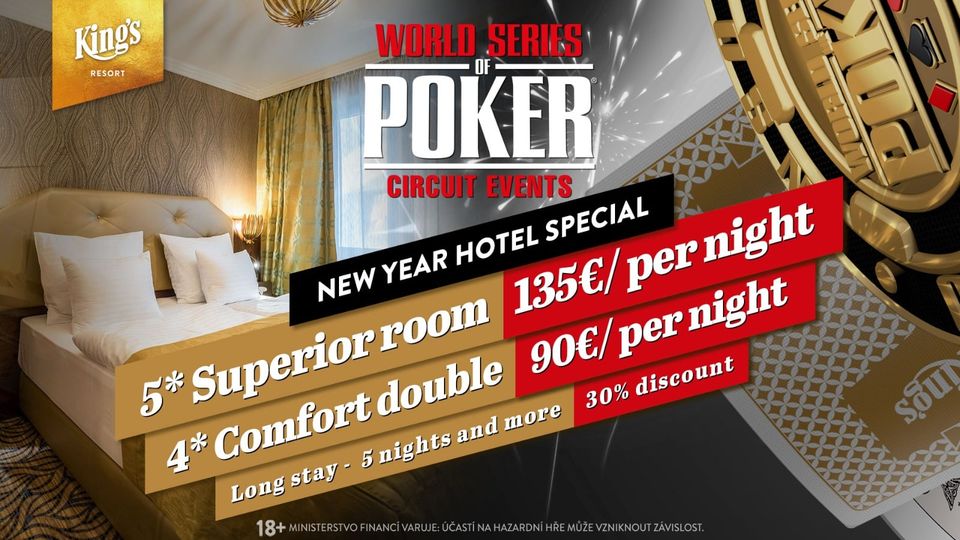 Special Hotel Deals for the WSOPC!